Thou shalt not take the name of the Lord thy God in vain; for the Lord will not hold him guiltless that taketh his name in vain. (Exodus 20:7, KJV)

“You shall not misuse the name of the Lord your God, for the Lord will not hold anyone guiltless who misuses his name.” (Exodus 20:7)

Tune your radio into the right station!

Today, I was driving to meet a friend for coffee.  It’s always funny how God can meet you right where you’re at when you are listening.  My drive was maybe a mile or two away and in this time I heard something quite profound on the radio.  It stuck with me all day today and I have been dissecting it.  This is what I heard, “If you don’t believe in Santa, Under God, and Pledge of Allegiance you might have the wrong radio station.”  My initial response was how odd that santa would be equated with under God.  I mean can we really put a fictional character in the same sentence with God.  I know we do it, but does it make sense.

I can see where the radio station is coming from.  They are trying to make a point that Christmas is a celebration of Christ and just like we don’t take Santa out of all the Christmas songs, so also we need not take the reason for celebrating out of Christmas. “Merry Christmas” is not just a saying, it is a celebration of the Savior’s birth.  It’s not a time to just get out the lights, gifts, and eggnog.  It’s a time to celebrate Jesus CHRIST!

Are you still tuned in?  This station (this blog) believes in Jesus, the risen Savior!  So maybe, Santa isn’t real, but do you know that his roots are in Christianity.  Here are a few facts from wikipedia.org:

Saint Nicholas of Myra is the primary inspiration for the Christian figure of Santa Claus.  He was a 4th-century Greek Christian bishop of Myra in Lycia, a province of the Byzantine Anatolia, now in Turkey.  Nicholas was famous for his generous gifts to the poor in particular presenting the three impoverished daughters of a pious Christian with dowries so that they would  not have to become prostitutes.  He was very religious from an early age and devoted his life entirely to Christianity.

This small insert may now help you understand the quote I heard earlier today.  Santa is a fictional character today, but he did not begin that way.  Saint Nicholas of Myra had a heart to give gifts to the poor.  His heart was devoted to God and from this comes the character we now view as Santa.

The words, “under God,” were added to the Pledge of Allegiance by Act of Congress, and signed by President Eisenhower, on Flag Day, June 14th, 1954.

…the event that prompted  this change was a sermon delivered by the pastor of the New York Avenue Presbyterian Church in Washington, DC, the Reverend George MacPherson Docherty, on Sunday, February 7th, 1954.  The church is located near the White House, and was the church that President Lincoln attended.

With President Eisenhower in attendance, and citing President Lincoln’s use of the words “under God” in the Gettysburg Address, the Reverend Docherty, in his sermon that day stressed the importance of spiritual values to America’s strength, and that those values, as expounded by President Lincoln, of an America “under God” were more important than the nuclear bombs that America had developed.  He recommended that the words, “under God be added to the Pledge of Allegiance.

President Eisenhower agreed, and persuaded friends in Congress to introduce a Joint Resolution the following day, and the Pledge was amended accordingly.

President Eisenhower attended church one morning and heard the pastor’s words.  It was one sermon that changed a president’s view on the Pledge of Allegiance, he took action the next day to make sure the words “under God” were in place.  You never know what your words will do, you never know who is listening, and what will change in just a moment.  Now 50 some years later, the tables are turned.  The court system is trying to pull God out of our schools, out of our courts, out of our pledges, etc.  Where do we stand?  Are we tuned in to the right station?  This leads me to the verse I started out with.

I gave it to you in two versions because both versions give a different take on how we can mishandle God’s name.  The original Hebrew text is the best to go by, but I’m assuming not many of you know Hebrew.  Don’t worry I’ll help you out!

The King James Version says to not take God’s name in vain.  The New International Version says to not misuse the name of the Lord your God.  Which is right?  They both are.  The origin in Hebrew is “avy.”   This means to lift, to bear up, to carry, to take. What does this mean in the context of the scripture?  Well, it literally means to take the name of God wherever you go.  When you choose to become a Christian, you bear the image of Christ.  You carry the name of God wherever you go.  Now carry it wisely. May people see God whether you’re coming or going.  Whether you’re silent or speaking.  Choose to tune in to the station that bears witness to the name of God and His Son Jesus Christ the name that is above all names.  The only name that can change life as you know it!

Dear Father God, the only true God who has sent His One and only Son to die for me while I was yet a sinner, I am forever grateful for all that Your name means to me.  May I live up to the standard that Your name has set!  I choose to be someone who carries Your name to everyone I meet.  I pray that You will help me carry You wisely wherever I go near or far, in words or actions, in writing or speaking, in all ways I pray my life will glorify and honor You my King!

Tuning into the Right Station, 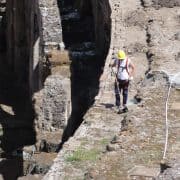 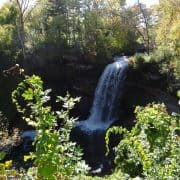 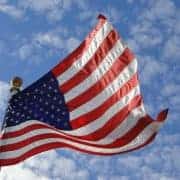 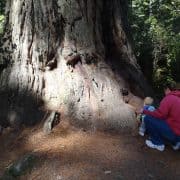 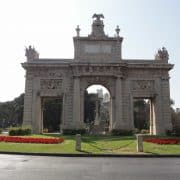 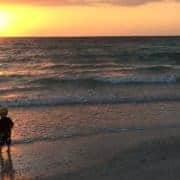