In conclusion, be strong in the Lord [be empowered through your union with Him]; draw your strength from Him [that strength which His boundless might provides]. Put on God’s whole armor [the armor of a heavy-armed soldier which God supplies], that you may be able successfully to stand up against [all] the strategies and the deceits of the devil. (Ephesians 6:10-11 – AMPC)

I’m not sure if you have noticed but we are in a battle. A battle that wages every day. The good news is we know the One who has already overcome every battle we will ever face. He is victorious and in Him we can claim victory as well! For some, the sidelines have been ok. They like watching others engage in the fight but aren’t so interested themselves.

It’s clear in God’s Word that the battle is intense. We are in it daily whether we like it or not. So why not get dressed for battle. Why not, get ready to fight!

I want to fight for every woman who has ever been marginalized by our society, told that she wasn’t good enough or treated like a commodity.

I want to take a stance in every dark place of our society and say, “no more Satan.” We are taking back the territory that you have stolen. We are fighting back for the one who cannot fight for themselves.

We will go to every dark corner, turn over every rock, and pull out the one who has yet to know her worth in Christ.

We know that women all over our nation and world are struggling with the thought of not being significant and worthy. We here at The Priceless Journey want to stand up and fight against that message. We want to reclaim the space that the enemy has occupied. So here we are, gloves on and ready to do battle.

We will do it one step at a time, declaring that every woman is truly priceless. She is valuable. She is worthy. She is loved. God made her on purpose for His purpose. She can take a stand and be who God has made her to be. She is a trophy of God’s grace!

No looking back. No wondering “why me?” No thinking, “Isn’t someone else better suited for this battle?” No more. I will stand, boxing gloves on, in fighting position, and heart ready to go as God leads.

Let’s stand together in a fight worth fighting for.

Let’s extend hope and grace to the ones we are fighting for.

We cannot fight alone. Join our battle by extending hope and grace to one person through the purchase of our book, You Are Priceless. You can make a difference today.

“This book wrecked me, I can’t stop crying and I need prayer for everything. I was only going to read one chapter to get you off my back but once I started reading I couldn’t put it down until I finished it.”

Be a life giver! Let’s give hope to the hopeless. Let’s be a voice for the voiceless. Let’s defend the defenseless. Let’s speak life and truth to the one who has yet to know her true worth and significance. Let’s go get ’em! Are you with me?

Begin by purchasing a copy of ‘You Are Priceless’ today. 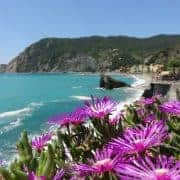 You Are Priceless Tampa 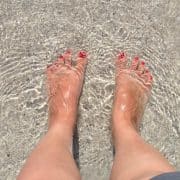 Seeking the Heart of a Servant 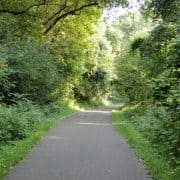